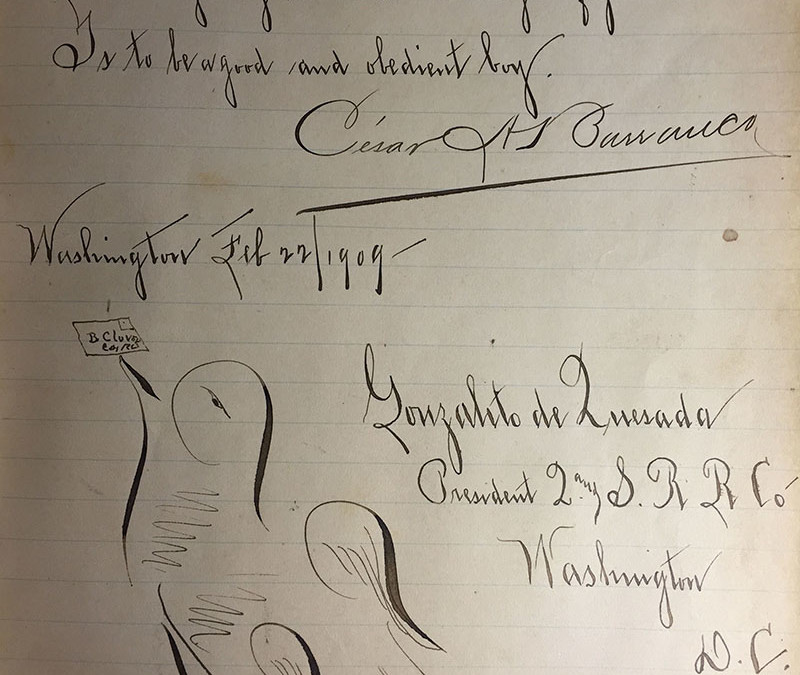 To Gonzalito The only way to reach the height of greatness Is to be a good and obedient boy. César A Barranco Washington Feb 22/1909 Gonzalito de Quesada President Q and SRRCo Washington DC

Decorative items for sale in Cuba reveal the fusion of cultures. 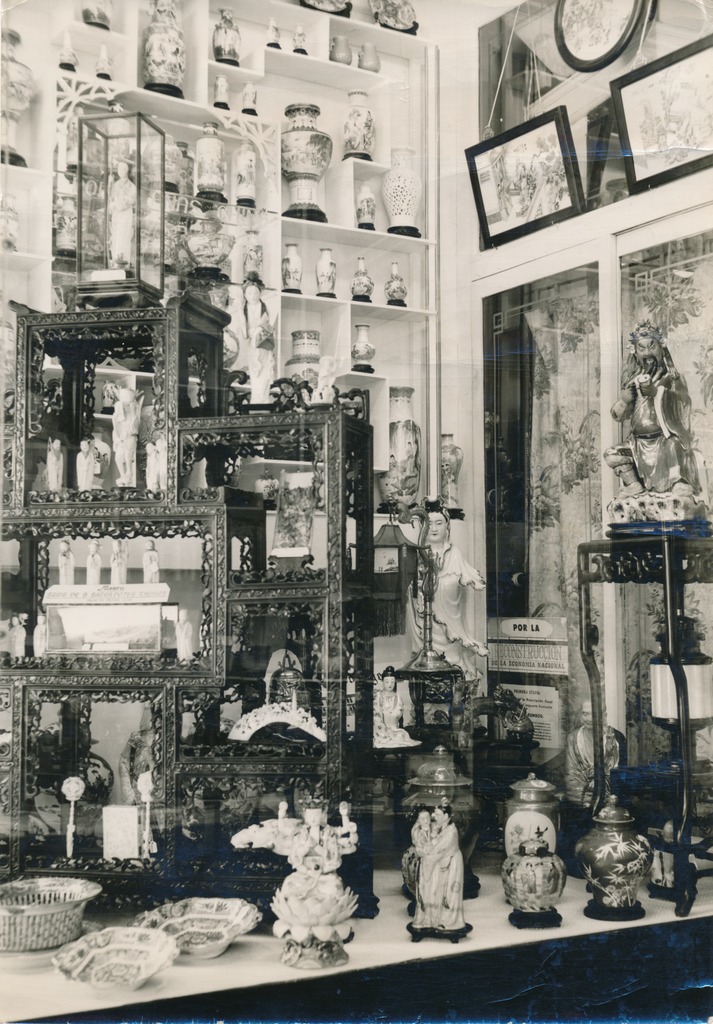 “Their [the Chinese] role in Cuban history, together with their contribution to the national economy and culture, made them a component part of cubanía, according to the essayist and ethnographer Fernando Ortiz. In recognition of this fact, after independence a monument was erected in Havana in honor of the Chinese combatants in the three wars, a black granite column… [that reads] ’there was not one Chinese traitor, not one Chinese deserter.’” 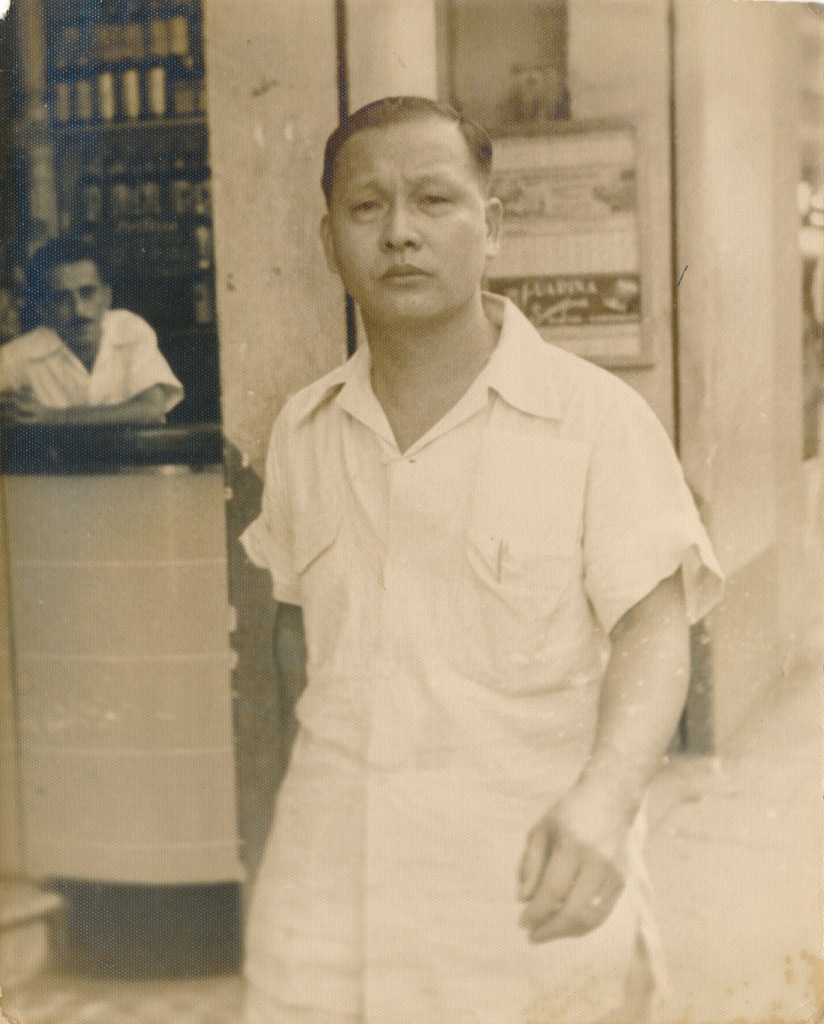 Letter to a Father in Cuba 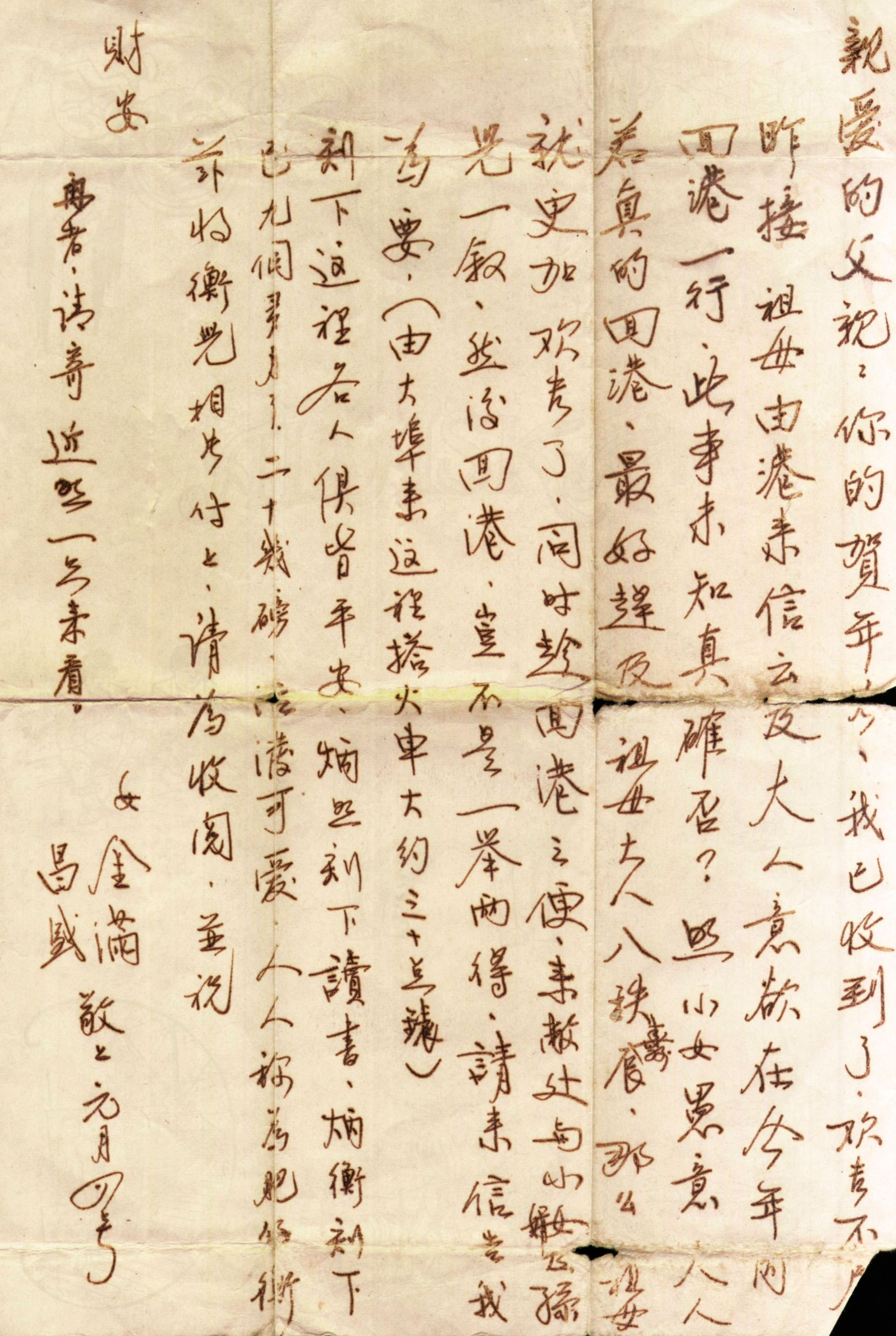 A personal letter sent by two daughters who live in Hong Kong. They told their father their family’s details and hoped that he could come back to Hong Kong. Listen to the letter in English above. 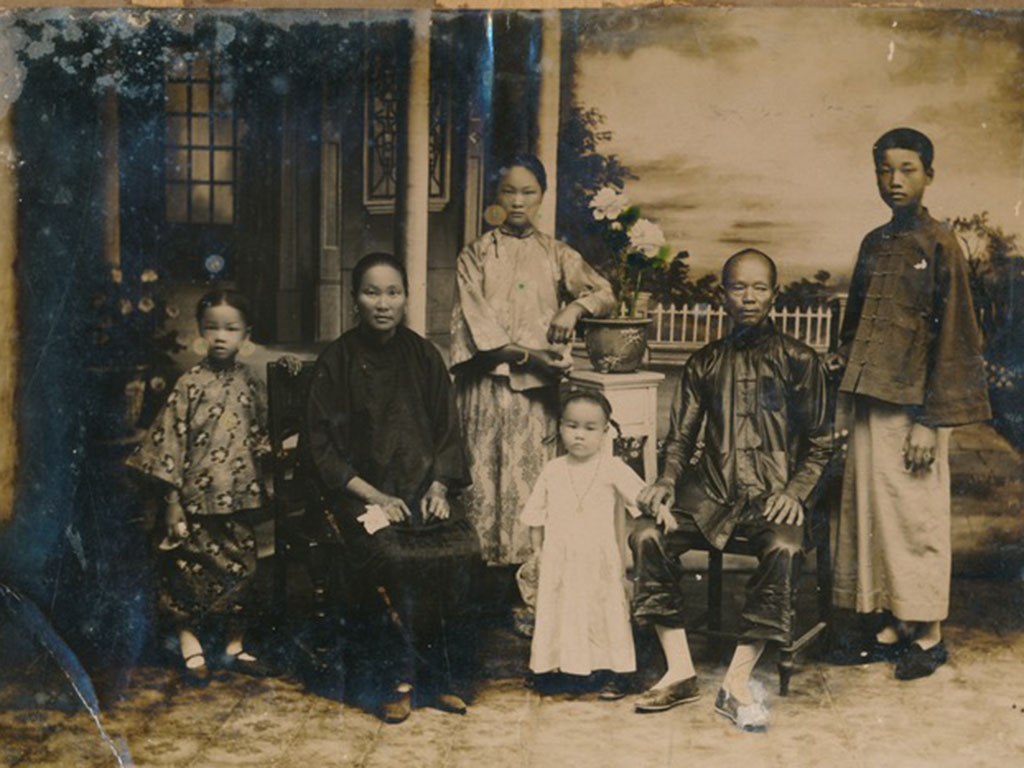 A tiny treasure in the James and Ana Melikian Collection shows the family record of Yu Pu Wu (Julio Eng). He was born in Guangdong province in 1900, we speculate from the contents that he had two wives in China and 5 children. At the age of 27 he left China for Cuba, to work as a merchant in Havana. Leaving all of his family behind.

When you see the memo icon, follow along with the Eng family as they live the history of the Chinese in Cuba. 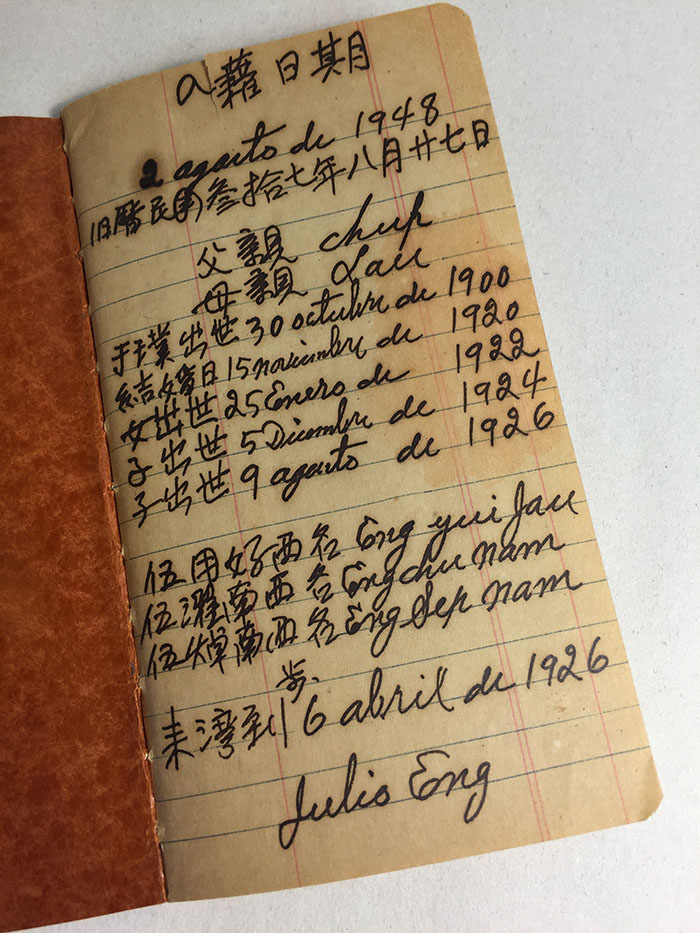 Click below to hear the words of John O. Shaw (narrated by Jerald P. Dyrek)

Pleasant throughout with a moderate breeze… Most all coolies on decks. Cleaned below &. At 8 A.M. coolie No. 104 died – At 10 A.M. doctor pronounced him dead(?) Committed his body to the deep. At 12 P.M. Coolie No. 165 died from the use of opium &. Buried him at 3 P.M. Cannot understand what is the matter with the Coolies that they die so. Food is cooked well, good ventilation, &. Berth deck is very clean and chloride of lime is put below every day fore and aft – No. 300 is improving slowly. No. 201 very sick – 482 about the same. No. 322 mending slowly. Doctor Gave vomit(ive)(sic) to 18 coolies – Doctor more among the sick today than usual, hope he will continue to pay more attention to his business.

Content from the “Log Book of Ship Forest Eagle of incidents appertaining to the Emigrants from Macao to Havana, 500 in Number. Rept. by  John O. Shaw, Coolie Master.”

Cedula from the James and Ana Melikian Collection

all images from the James and Ana Melikian collection

Asking him to come to Canada, or whether he is going to America?

(Turn off audio before closing window) 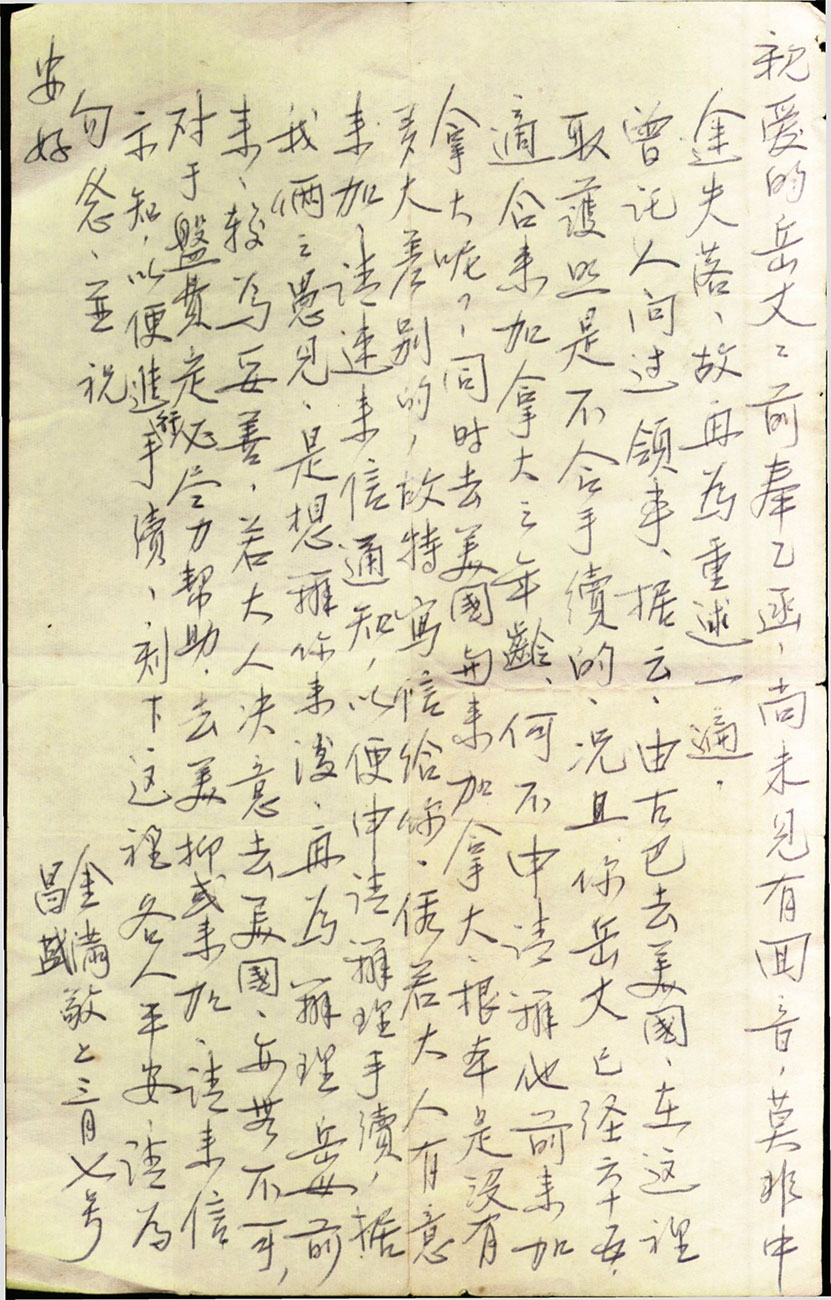 “Afterward I was sold to a sugar plantation in Colon with forty people. But after seven days, one man was beaten to death. His name is Chen Agou and he was from Fujian. He was beaten because he was sick and weak in the feet. I was hit a lot. One day I was beaten so hard that I even passed out for a while. But later I came back to life. We worked from three in the morning to eleven at night. After eight years, except me only nineteen people survived. Three people from Nanhai hanged themselves, and sixteen people died of illness. The owner asked managers and overseers to beat me. He said, even if one is beaten to death, I still have enough money to buy another ten people. He was really mean and evil. (Deposition 240)” (165)

(Petition 54) “… Though the officials and the businessmen in Cuba have gained so much money from the Chinese labor, they do not know how to appreciate; instead, they humiliate us, trample on us, and insult us by making us slaves and treating us like animals. Have you ever heard of any other things more miserable than this in history? We heard that the Chinese government has already reconciled with those big foreign countries and those countries have already prohibited the trade of black people; why is it that nobody tries to save the Chinese in Cuba? Why? Since the Cuban officials have made ways to make us slaves over and over, we have been trapped here for seventeen or eighteen years and have already become weak. We are not really sure about our future. Maybe we will be tortured to death in the official worship or at the bondage place; or will be expelled out and will die in the street because of sickness and aging. In all, when we die, we will have no coffin and no grave. Maybe our bones will be burned and mixed with bulls and horses’ bone ashes and then used for the bleaching of white sugar! Our sons will have their sons, and then their sons will have sons. Nobody in our family will have a chance to know where we are. How pitiful! How pitiful!” (256-7)

Application for Eng Sep Nam, aka Jorge Eng, son of Julio Eng, asking to come to Cuba “owing to the political situation in China.” 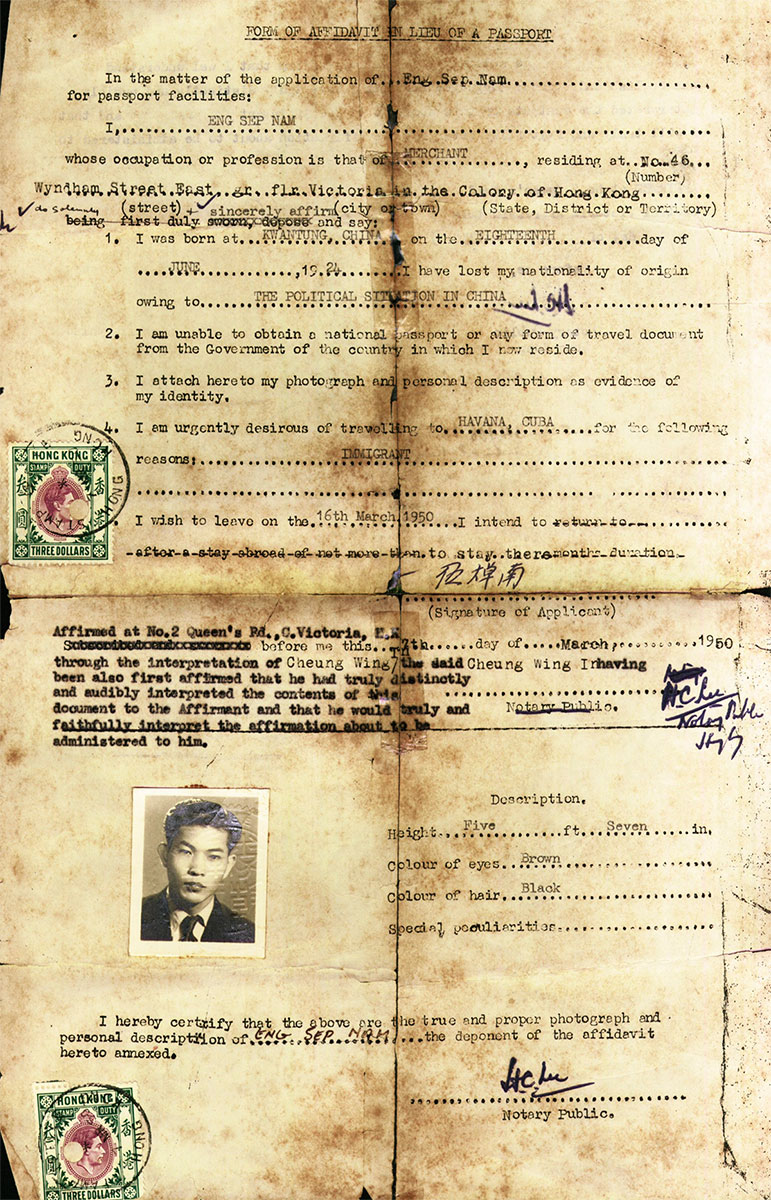 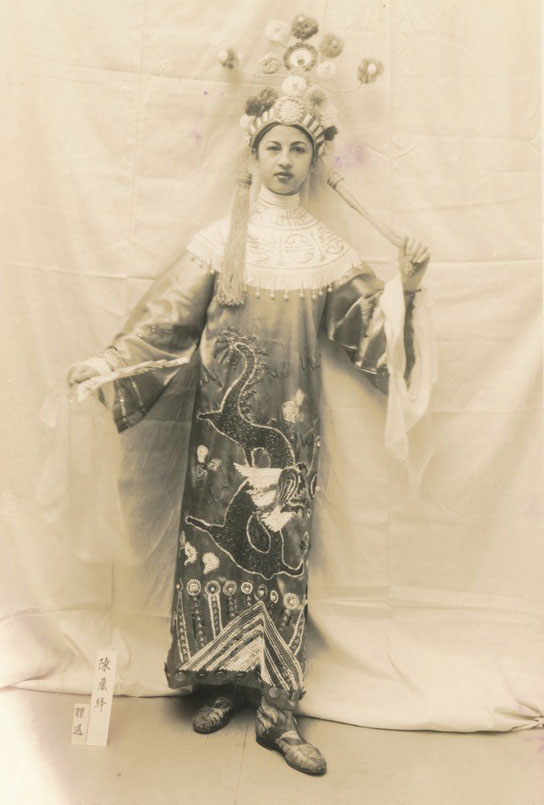 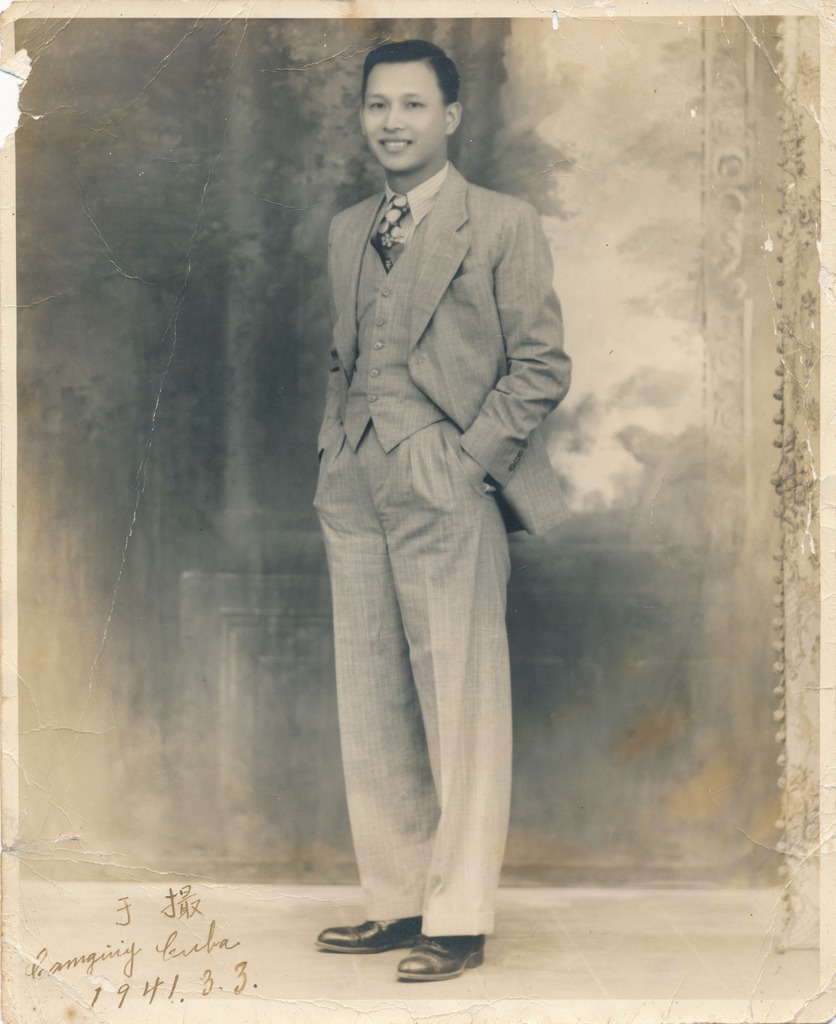 “The outstanding Chinese-Cuban leader of the popular revolutionary struggles against the Machado dictatorship was José Wong (Huang Taobai). Born in Guangzhou in 1898, he arrived in Cuba in the early 1920s, already a product of the revolutionary democratic struggles that in 1911 put an end to millennia of imperial rule in China. Together with Julio Antonio Mella, José Wong founded the Cuban Anti-Imperialist League in 1925, and soon joined the newly formed Communist Party of Cuba. In 1927 he helped establish the Revolutionary Alliance for the Protection of Chinese Workers and Peasants in Cuba, founded on a platform of opposition to the dictatorships of both Machado and Chiang Kai-shek, and became the first editor of its paper, the Gunnun Hushen [Workers and Peasants Voice].

Arrested in 1930 by the dictatorship, Wong was assassinated on Machado’s orders, strangled to death in a cell at Havana’s infamous Castillo del Príncipe prison.”

Getting Married in Cuba

Like many lonely men who came to Cuba, in 1931 Julio Eng agreed to live with “that western woman” and married her in 1947. They had two children. Now a mix of Chinese and Cuban. 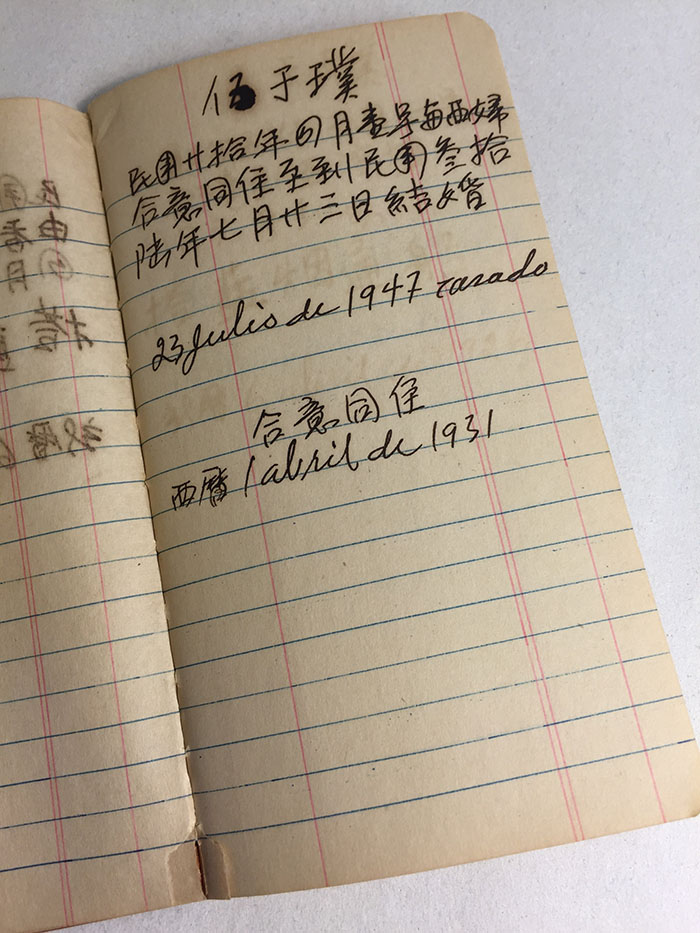 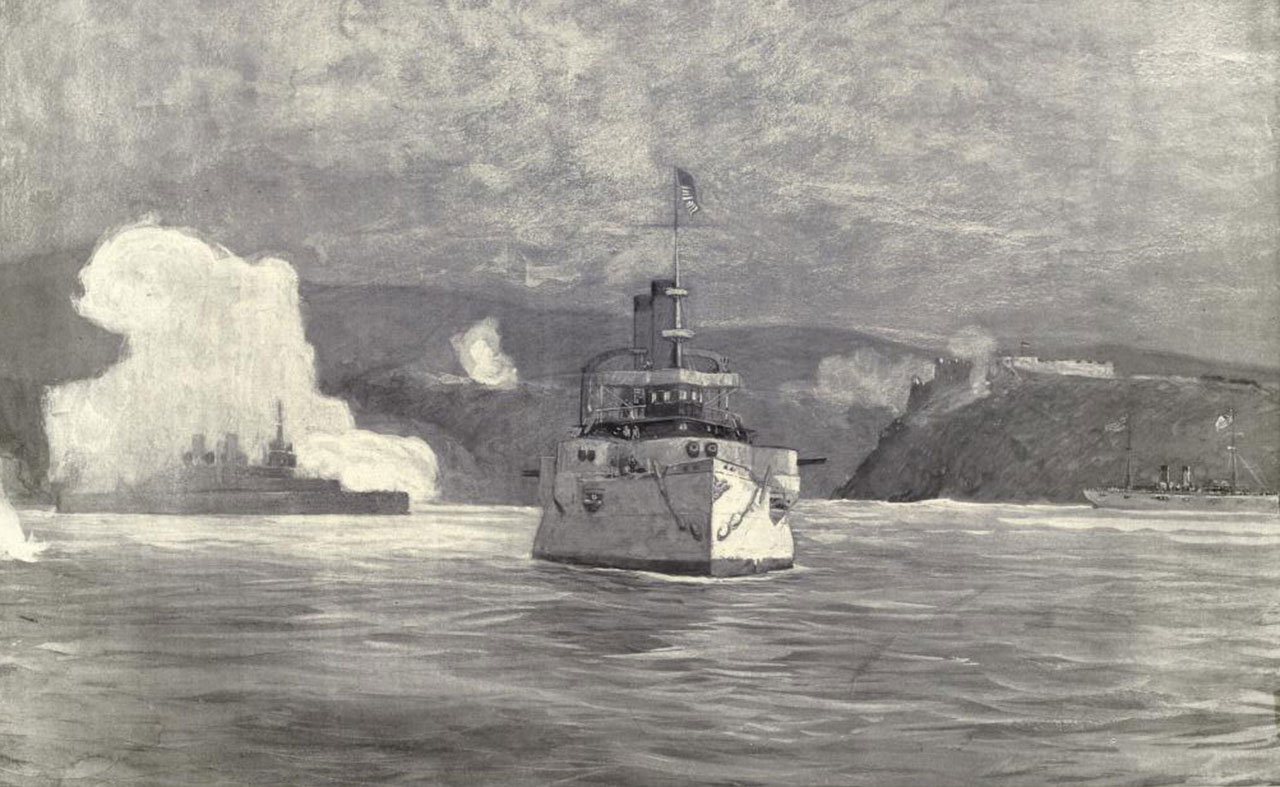 “Richard Henry Dana, the prominent lawyer, abolitionist, and writer, posed a most vexing question regarding Chinese labor of the Americas: Would the Chinese mix with other races? After Dana’s trip in 1859, coolies continued to appear in ‘town and country’ and indeed, they did ‘mix’ with other races. One of these descendants would write a densely informative book on the coolies and on the immigrants who arrived after the coolie trade ended. Born in 1860 during the slave and coolie era in Cuba, Antonio Chuffat Latour emerged as a second generation Afro-Chinese who witnessed the rise of Chinese presence in Cuba, the insurrectionary wars for Cuban independence, the abolition of slavery, and American occupation. Several decades later, at the age of sixty-seven, he published a history that linked all of these events in his rare text Apunte Historico de los chinos en Cuba (1927). Covering the 1840s-1920s, utilizing interviews and data (including 114 photographs) drawn from several provinces in Cuba, Chuffat documented a social history of the Chinese in the wake of slavery and abolition.” (183)

“The sinking of the Maine sparked a wave of public indignation in the United States. Newspaper owners such as William R. Hearst leaped to the conclusion that Spanish officials in Cuba were to blame, and they widely publicized the conspiracy. Realistically, Spain could have had no interest in drawing the United States into the conflict. Yellow journalism fueled American anger by publishing ‘atrocities’ committed by Spain in Cuba. Hearst, when informed by Frederic Remington, whom he had hired to furnish illustrations for his newspaper, that conditions in Cuba were not bad enough to warrant hostilities, allegedly replied, ‘You furnish the pictures and I’ll furnish the war.’ President McKinley, Speaker of the House Thomas Brackett Reed, and the business community opposed the growing public demand for war, which was lashed to fury by the yellow journalism. The American cry of the hour became, ‘Remember the Maine, To Hell with Spain!'”

As Anti-Chinese sentiment grew in the United States, many Chinese left for Cuba. 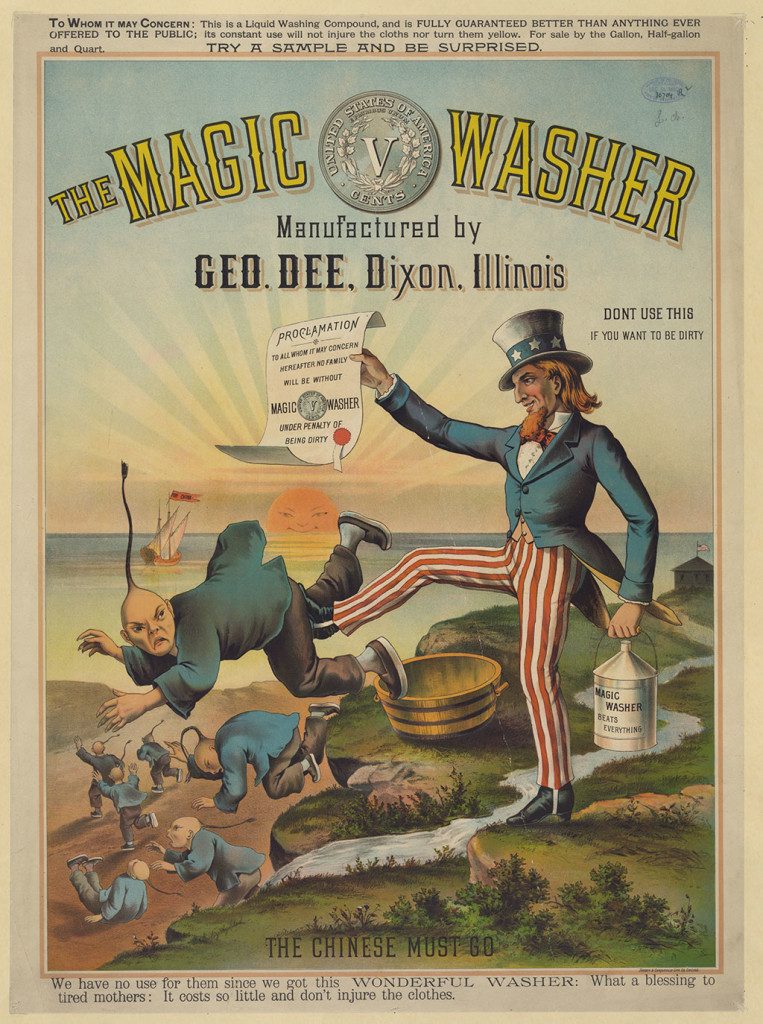 “Hung Aguang couldn’t stand the torture and ran away, but he was caught. He was locked up and beaten so hard that he bled all over. He still had to wear chains at work… They barely gave him any food. He was so hungry that he ate sugarcane, he was beaten again immediately. Hung Aguang hanged himself… Then more that twenty workers went to the official and complained; they said they did not want to work in that sugar plantation anymore. (Deposition 670)” (151)

In 1861 the Rockland, Maine ship Forest Eagle set sail from Macao bound for Havana, Cuba, carrying 500 Chinese workers – “coolies” – to the sugar fields. The vessel was commanded by Captain Thomas Pillsbury, of Rockland, and had aboard a Coolie Master, John O. Shaw. 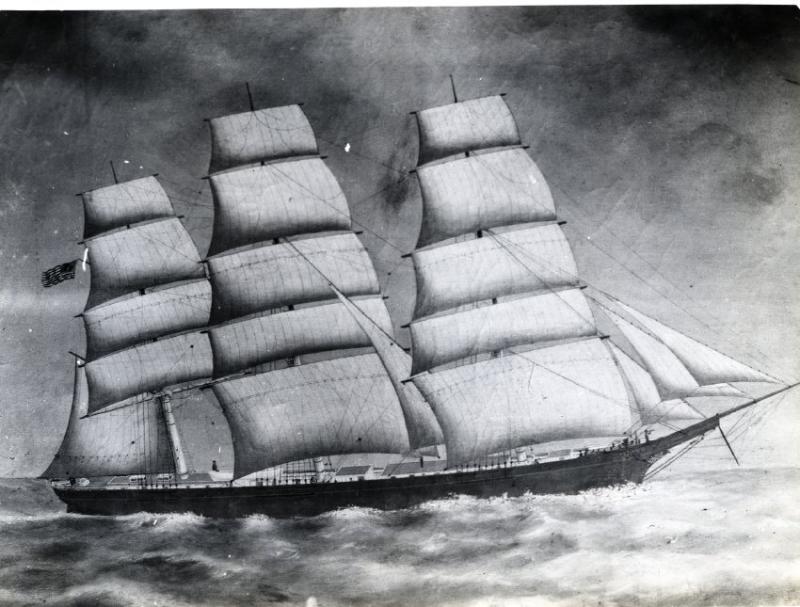 The Collection of Coolies Begins 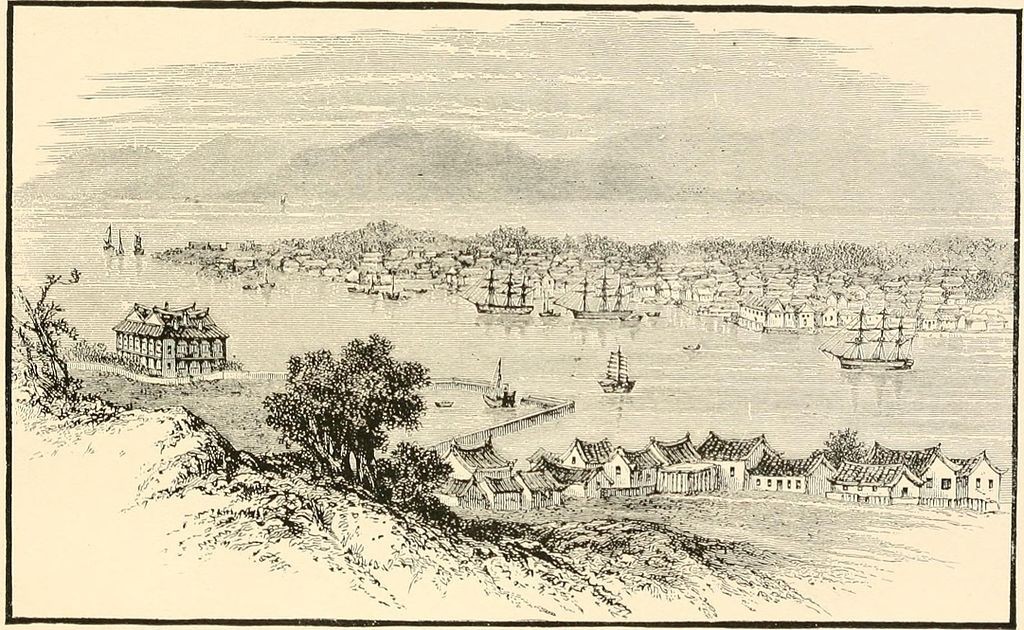 From the port of Amoy and other ports in southern China, workers were being rounded up by deceptive agents, promising them work and salary, many times getting them drunk or even over taking them by force. Afterwards they were taken by a sampan to a large ship from the fleets of American, Dutch, Spanish, French, Portuguese and more – coolies to be collected over a period of time – until they had enough human cargo to take to Cuba.

Because the British and Spain placed restrictions on the Trans-Atlantic slave trade, prices of African slaves rose. At the same time, the British had fought the Opium Wars with China and the outcome allowed the British to control ports all along the Chinese coastline. “To launch the coolie trade in Cuba, Cuban planters used a company called the Real Junta de Fomento y Colonizatión.” (15) This company was owned by slave traders, who thought of a solution – bring “coolies”, indentured workers, to the plantations in Cuba and Peru. In 1847 they set up to begin the collection of Chinese in the port of Amoy and Guangdong province. 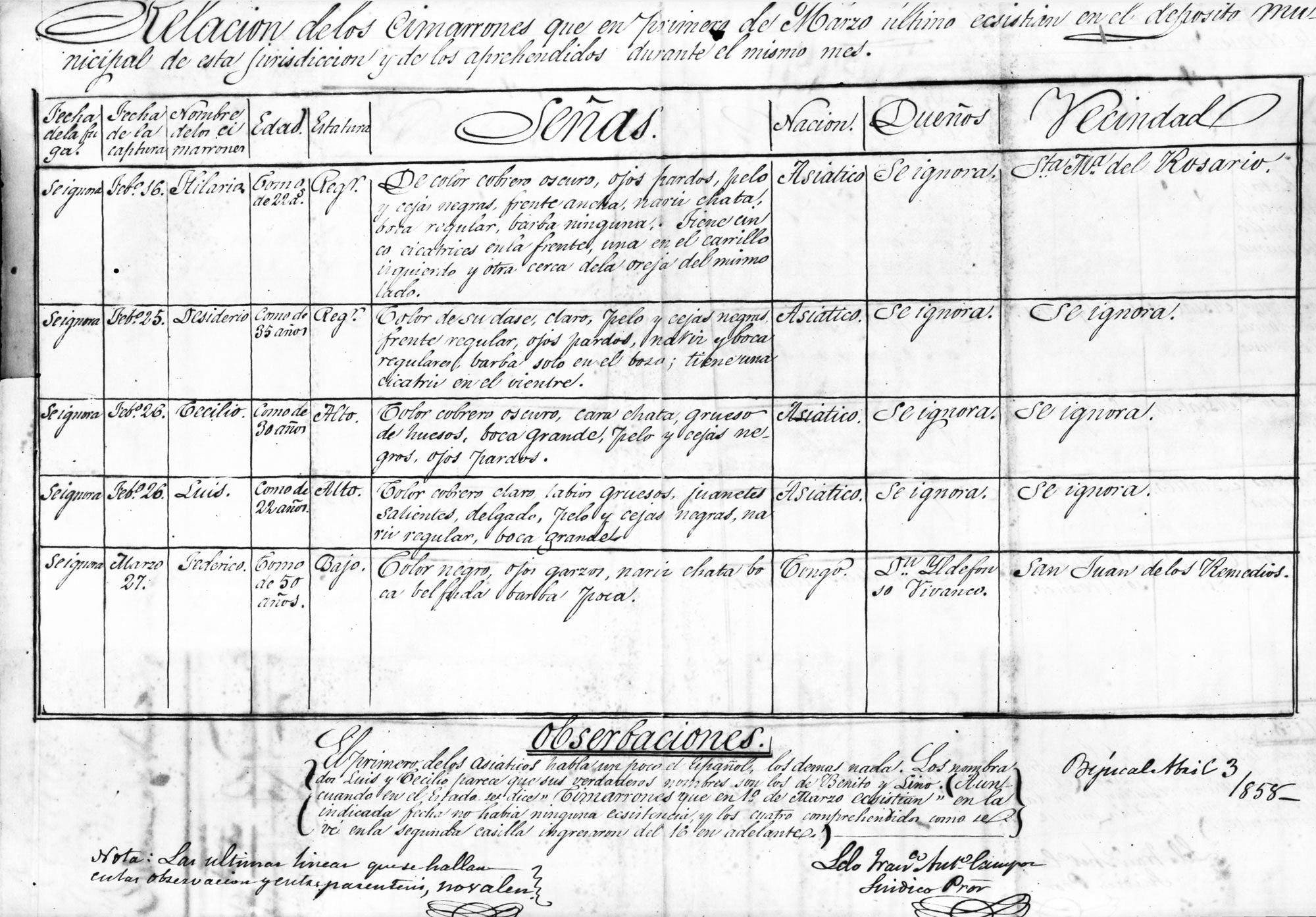